How hard could it be to become an indie maker? 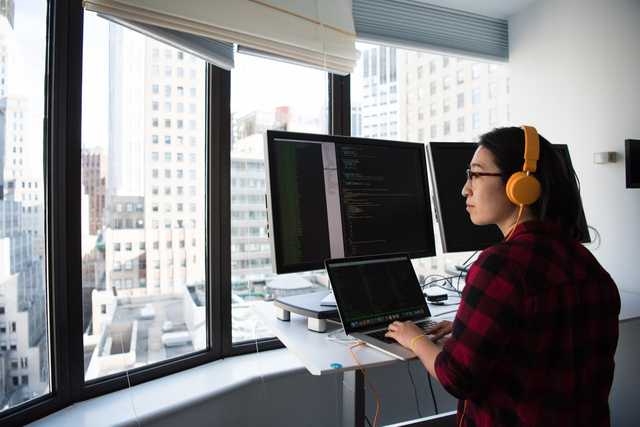 The indie maker movement is under way. It’s unknown how big an impact it will make to society. As you might guess individuals competing with large companies is the exception, not the norm. It may become less unusual in the future, but this isn’t that important.

Why would I want to become an indie maker

You might have heard successful stories from hunter.io, Josh Pigford, or Pieter Levels, who you may already be familiar with. If not, reading their stories is how you will get into this very bootstrapped, “maker”, “indie hacker” mindset.

You’ve all heard of Pieter Levels’ 12 startups in 12 months, but most of us wonder how one can build apps in so little time. You have to validate your idea, design everything, market the thing and build your business logic.

Being a maker is all about building something that solves a problem, or brings happiness to other people, even if it is only a small group of people. (Ryan Hoover)

There are also no boundaries or limitations in terms of how you create your product, and what tools you use. There are also no constraints on age, ability, or interests. It doesn’t matter if you are in the arts, sciences, or technologies, you can still make something that helps people and makes a difference.

What types of products I should make

SaaS: a software that runs on your own servers and users access using browser, you have almost 100% control over distribution, usually paid monthly

Desktop Apps: you build a Mac/Window/Linux app and distribute over your own website or desktop app stores, often sell it with lifetime license

Ofcourse there are other types you can try like infoproduct, ebook, online course, plugins, you name it. Some criteria you should consider when picking a type:

What if I decided to go indie

Pick idea wisely: Be realistic, and think indie. It’s so easy to fall in love with an idea and get carried away with it until it becomes a magnum opus that you sink all your time into, and there’s nothing more demotivating

Stay focused: As with any creative endeavour, it’s easy to get distracted while you’re working on a game project

Stay consistent: Ship consistently, the compound effect on being consistent is what will create value in your product

Take risks: Mark said “the biggest risk is not taking any risk”. Whenever in doubt, avoid regrets, take risks. Following your gut feeling makes you feel alive, and evolve. Perfection does not exist. But regret definitely does.

Move the needle: You have either reached your goal, or you haven’t. Progress is just a small steps towards it, but it’s not the goal. You must focus on doing what really matters.

Fail fast: If failure is going to happen - that it happen fast. Prolonging the inevitable is the surest way to turn setback into catastrophe.

Do things that don’t scale: Paul Graham wrote a phenomenal blog about this. You have to work hard to delight users when you only have a handful of them, you’ll keep doing it when you have a lot.

How hard could it be

Perception trumps reality: it’s easy to underestimate the work required to build a working useful profitable product. You should plan several months ahead to ensure you could sustain yourself for the year, mostly by banking as much money as you could and cutting luxuries from your life.

Some of us will fail: It’s going to happen. And I have strong feelings about two parts of entrepreneurship and business failure.

There’s no success formula: You have to figure out the successful way on your own. Even you read the whole MAKE book and all blogs of Pieter Levels you also can’t imitate it. It seem obvious to do what Pieter Levels did but sadly it’s not the formula.